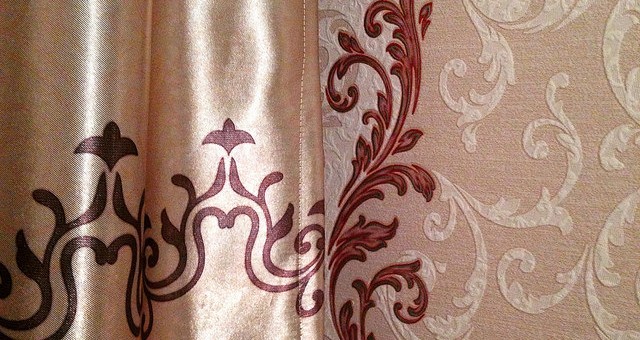 Just a week into our adventure in Kyrgyzstan, it’s already apparent that this transition is going to be far easier than expected.

First, there’s a near absence of the bureaucracy–all too common in the overdeveloped world–that puts hours of waiting rooms and stacks of paper between visiting a place and living in it. Then there’s a fully integrated system devoted to making it easy to pay for pretty much anything, from cell phones to gambling debts, at any of hundreds of ATM-like machines around the city. Not least, there’s an easy visa system that welcomes foreign visitors rather than treating us with suspicion (though I am admittedly wary of the visa-extension process I will go through in a few weeks). In the U.S., I felt like I was applying for college when I signed up for Comcast. Even more ridiculous, my American bank still sends paper statements to my parents’ address. I’ve never even lived there, but the bank doesn’t seem to care–“It’s policy,” they said. “We need to send these somewhere.”

Why is the wealthy and high-tech West fixated on antiquated communicative tools? Why do we still insist on leaving miles of paper trail behind every transaction? Why does my cable company need to know my social security number?

Compared to Kyrgyzstan, I can think of enough cultural points of departure to at least partially explain these differences–but no matter what the reason, we’re glad to be able to keep the logistics in the background and focus on experiencing Kyrgyz culture–and eating lots and lots of manty.

Getting a Cell Phone in Bishkek

Everyone in Bishkek–and their grandma and their 4-year-old nephew–seems to have a smartphone, tablet or both. In fact, people here are so enthusiastic about mobile technology that I’ve even seen a few kids wearing iPhone t-shirts–I’m not sure if they’re properly licensed, but I’m sure Apple still benefits somehow. Fresh out of the plane, we needed to get our devices online ASAP.

A quick forum search led us to three main companies (though I probably could have guessed the same, based on their ubiquitous billboards and booths throughout the city): Megacom, Beeline, and O!. Megacom’s web site had an English section and their fees seemed straightforward, so they won the battle and we visited their store in the Tsum Center (155 Chuy Avenue). At first we were confused because it seemed like there were 20 different lines and we couldn’t tell which one was for us, so we asked someone and it turned out that, yes, there were 20 different lines–but they all served the same purpose and we just had to choose the shortest-looking one.

Soon we were face-to face with a cheerful–possibly teenage–service agent who spoke only Russian. We did our best to dance around unknown vocab words, but she offered to bring over an English-speaking agent to help us. Bonus. The young gentleman arrived and basically saved the day, walking us through the process of buying and registering SIM cards and explaining our plan options (how much comes out of our prepaid balance per second of talk-time or MB of data). Ten minutes later we walked out with two phones and an iPad blasting unlimited 3G data straight into our faces.

What to Know About Cell Phones in Bishkek:

Getting an Apartment in Bishkek

Still riding the high from our mobile-tech success, we needed to pause all the app downloading and focus on the next challenge: finding an apartment in Bishkek, Kyrgyzstan. Fortunately, a merciful post from Ivory Pomegranate (the queen of Bishkek bloggers) turned us onto KG’s own Craigslist: Diesel.kg. The site is only available in Russian, but get the Google Translate browser extension and even the linguistically challenged will have no trouble navigating through hundreds–OK, maybe just dozens–of up-to-date classifieds. We found about six places that seemed to fit our requirements, and we started calling the landlords (yes, at least elementary Russian is necessary).

Call it luck, intuition, or just playing the odds, but the first number we called belonged to a real-estate agent who had posted several of the apartments on our list. She suggested that we stop by the office to talk further. For a bit of background, we’ve never used a real-estate agent–not in New York, not in Budapest, not in Krakow, not in California–but we were glad to have the support in Bishkek. We figured, at worst, we’d have to pay a month’s rent to the agent, but we’d find a place much sooner and would save on short-term accommodation. More than anything, we just wanted to finish with the practical stuff and start living our lives again–so with that in mind, we shuffled through the new snow to the office.

Located on the third floor of an inconspicuous shopping center, the real-estate agency consisted of a small room with blank walls, two agents and about six chairs. We took a seat and explained that we wanted to find a moderately-priced two-room (the Kyrgyz version of a 1-bedroom) apartment in the city center. She immediately started calling. It took a while–more than half an hour–but she managed to set up six meetings at six different apartments. She even went with us to the first meeting because it was just around the corner from her office. We liked the place well enough and the location was perfect, but the agent thought it was too expensive given the well-worn state of its furniture and appliances.

Long story short, we moved into the second apartment we saw that day. Listed at the same price as the first apartment, this one has new appliances and is 1.5 times the size. It’s located on a high floor with a city view on one side and a mountain view on the other. There’s a flatscreen TV, broadband internet, and amazing wallpaper that looks like something from a David Lynch dream sequence. The landlord asked for two months’ payment in advance, but no security deposit. She also drew up a nice contract, explaining that she’d heard that foreigners appreciate such things. Indeed we do, and especially Americans. We moved in bright and early the following morning and have lived happily ever since.

I forgot to mention the agent’s fee: 600 som, or $10, to work with us until we found a place. Definitely a bargain.

What to Know About Getting an Apartment in Bishkek: