Many conflicts in Kyrgyzstan occur over natural resources. People in rural communities in Kyrgyzstan depend directly on natural resources like pastures, water, and wood to sustain their livelihoods. Pastures are particularly important: 94% of Kyrgyzstan’s territory is covered by mountains, and 80% of the available agricultural land is classified as pastures. Livestock and livestock breeding is a strong component of the rural economy and tensions over grazing rights and competition to use and manage natural resources is often a source of conflict both between neighbors and across international borders.

We accompanied NGO CAMP Alatoo to Ak-Talaa District of Naryn province to learn about current tensions over pastures and what is being done to mitigate them. Ak-Talaa is the westernmost district of Naryn province. It’s an immense and very remote area of the country with amazing nature encompassing mountains, plateaus, valleys, and jailoos (high-altitude pastures).

Communities in this region are rural and consist of one or several villages, with the capital of the region situated in the village of Baetov.

Less than 3% of the territory of Naryn province is arable and people in this area depend on livestock breeding as their main source of food and income. During the summer, many families move to the jailoo to care for their livestock. Because arable land is limited, large numbers of cattle graze on limited land. Over time, this has resulted in a deficit of pastures, degraded pastures, and a reduction of feed capacity due to degradation. On top of this, there is a growing trend to extract the maximum economic benefit from the use of limited natural resources, which has led to increased competition and challenges to manage natural resources. 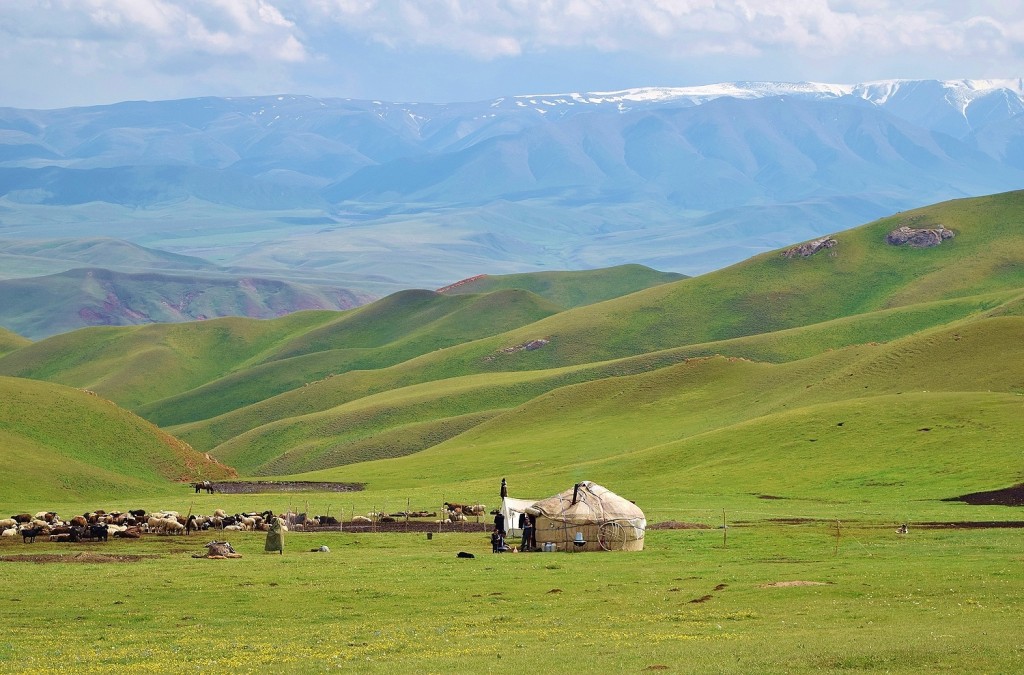 Tensions in the Ak-Talaa area exist between pasture committees and pasture users, pasture committees and the forestry service, and sometimes even across international borders–as when the livestock from Tajikistan graze on the territory of Kyrgyzstan. Privatization and social stratification are additional factors that contribute to increased competition for scarce natural resources in this area. The combination of these elements creates significant tension in local areas, with the potential to escalate into real conflicts. Conflict can then result in direct or indirect environmental damage, as well as risks to human health, vital activities, and safety.

CAMP Alatoo’s activities aim to mitigate tensions so they don’t go beyond local areas and spread across the whole region. CAMP Alatoo works with local communities, institutions, and other stakeholders to discuss conflicts, ensure that the process of discussing conflicts is transparent, analyse resource-usage systems, enhance knowledge and skills in the management and mediation of conflicts through trainings and workshops, and introduce measures for conflict mitigation.

In producing this video, we joined CAMP Alatoo as they conducted a focus group in Baetov village. There were two groups of local stakeholders: a group of individuals who had never participated in CAMP Alatoo’s trainings, workshops, or moderated discussions on conflict mitigation, and a group of individuals who had previously participated in several of such activities. First CAMP Alatoo met with the group that had never participated in activities. After collecting information on how much livestock people owned, participants took part in a moderated discussion about existing conflicts and how to deal with them. Then participants filled out a questionnaire about conflicts, conflict management, and possible measures for conflict mitigation. Afterwards, CAMP Alatoo did the same thing with the second group. Responses to the questionnaires will help indicate the degree to which conflict management activities increase knowledge and influence conflict handling behavior.

View our Flickr album for more photos from Ak-Talaa, Kyrgyzstan. 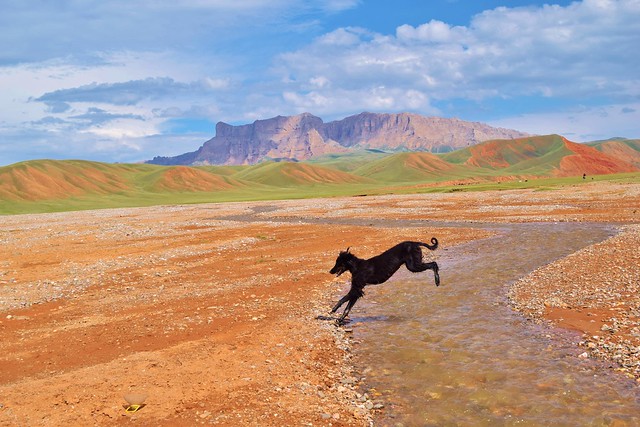