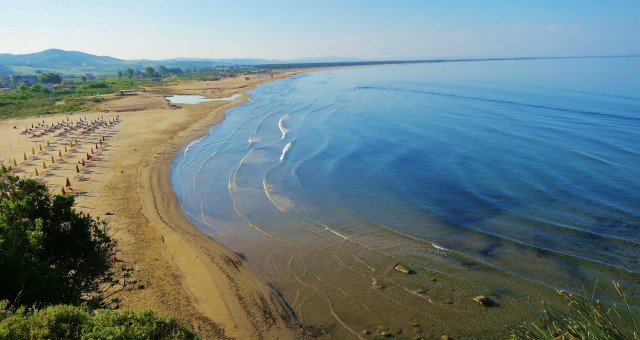 Our plan to cycle a quaint 35 km from Tirana to Durres proved successful, though more time-consuming and less pleasant than we’d hoped. Our main obstacle had been an overpass leading to the highway just outside Tirana, where we hesitated for at least a quarter of an hour before mustering the courage to heft our bikes across a six-lane entrance ramp and into the sea of trucks leaving the capital. Eventually the traffic thinned, the fumes dispersed, and we found ourselves in the sunny port city of Durres. 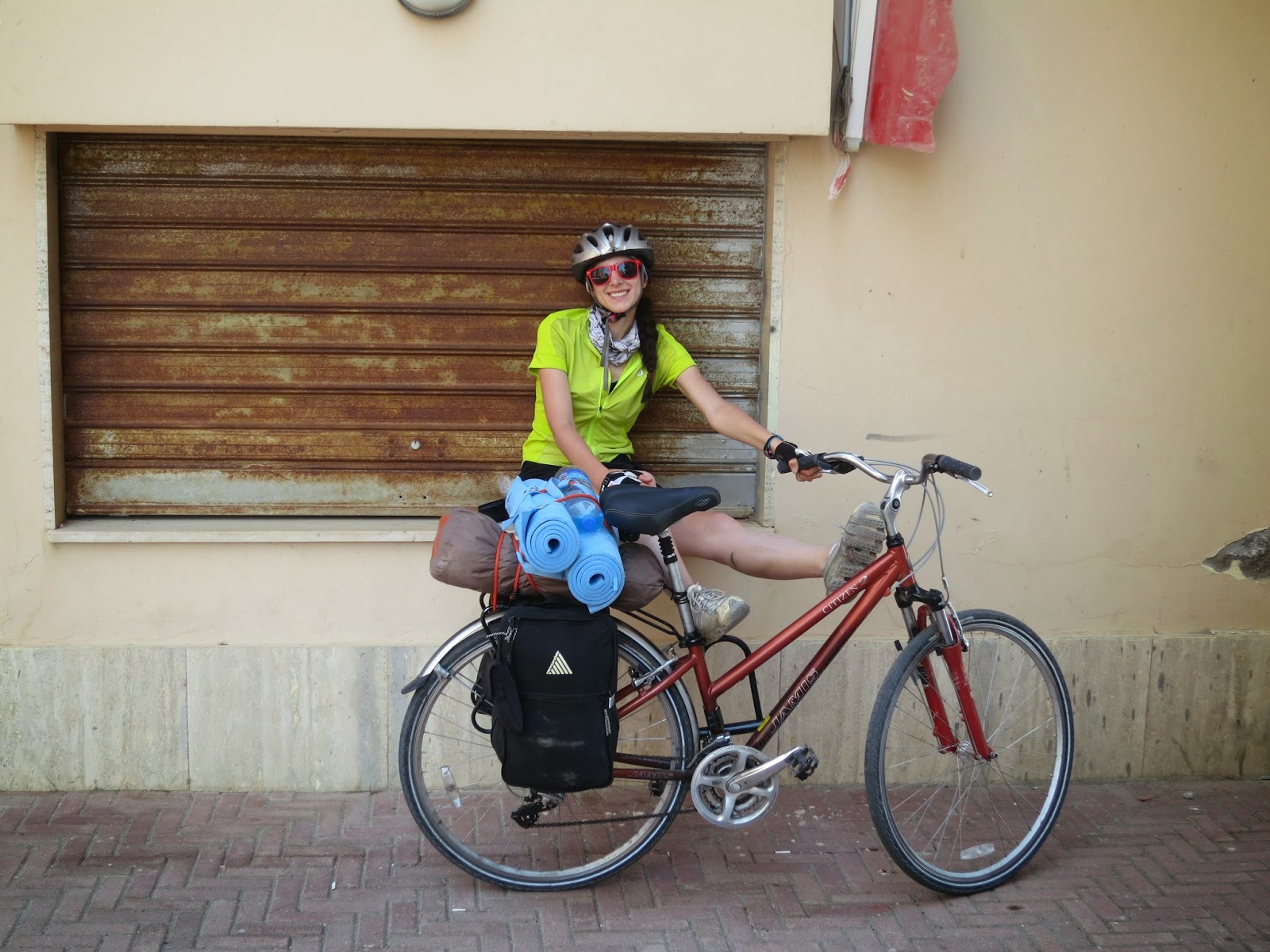 Our goal was to reach the second peninsula after Durres, marked by the small towns of Drac and Shetaj, and we succeeded splendidly. After taking a chance on a winding dirt road just as the sun started to turn red, we came to a dead end in a green meadow just twenty meters from the sea where half a dozen local restaurant workers had set up campers and tents. They invited us to do the same and we gladly accepted, then grabbed a seaside table at the open-air bar to enjoy a Korça or two. Boasting everything from white sand beaches to a 2nd-century Roman amphitheater, Durres is a prime spot for tourism, and the locals seem to know it. In our time in Albania thus far, we’ve noticed that English is rarely spoken outside the hospitality industry. Here, however, guards offered directions in English, locals struck up mutually intelligible conversations, and baristas spoke in an accent more reminiscent of Midwestern America than Southeastern Europe. We spent about two hours in the city taking in the sights and sounds and stuffing ourselves with fresh seafood before climbing back in the saddle for our trek northward.

Unlike most free campsites, this one offers us scenery as well as security and comfort. We don’t know the exact name of the spot but it’s likely somewhere along San Pietro Beach. We’ve got full stomachs and a magnificent sunset safely captured on our SD cards, and I’m sure we’ll sleep well tonight before getting up to hit the road and continue north.

Terrain: We cycled a total of about 83 km on this day. From Tirana to Durres we followed the SH2 national road. SH2 is a highway with heavy traffic and we would have preferred to take smaller roads, but we were short on time and this was the fastest route. From Durres we backtracked to the town of Maminas, from where we cycled along small roads that passed through villages and attractive countryside. Once we got closer to the ocean, the road changed to gravel, two tracks, and back roads. This entire route is flat, which is nice. (But biking on the highway = not so nice.) 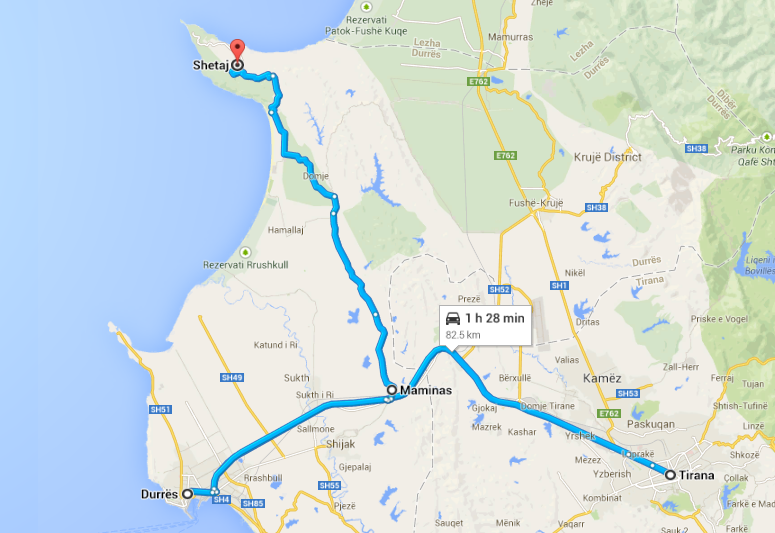