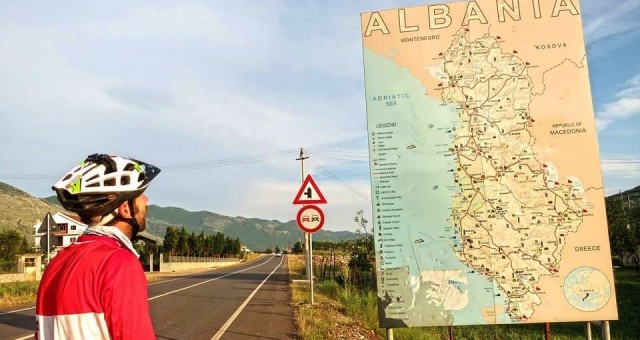 The ride from Koplik to Shkoder seemed like just minutes after our ordeal from the previous day. After our day in the remote mountains, we were glad to coast into the city’s frenetic streets and finally be among human beings again.

Our first goal was to connect with Dr. Arjeta Troshani, Dean of Shkodra University’s Economic Faculty. Stephanie had met her a couple weeks earlier during her time in the Balkans with International Peace Park Expeditions, and she seemed like the perfect person to tell us about tourism and cycling in Albania. With a little help from no fewer than four of Dr. Troshani’s colleagues, we managed to set a meeting for the following morning. Energized and relieved by our progress—after all, we’d shown up at the University without prior communication and with no expression of our intentions—we felt like our luck had once again turned for the better.

We set out to capture the essence of Shkoder on camera, and what we found was a bustling, friendly city that seems much larger than just 100,000, overflowing with cafes, markets and, most interestingly, cyclists. Shkoderans from all walks of life—young, old and in the middle—can be seen traversing the broad throughways on two wheels from dawn to dawn. Solid bike lane infrastructure and conscientious drivers maintain a feeling of safety, even in heavy traffic.

While wandering the streets, we were fortunate enough to be hailed by Zhujeta Cima, manager of a local backpacker hostel, who invited us into the homey yard of Mi Casa Es Tu Casa for beers and conversation. We spent most of the evening with Zhujeta and an American volunteer, Aaron, who was in the midst of his first big trip abroad and was clearly enjoying himself in the Balkans. 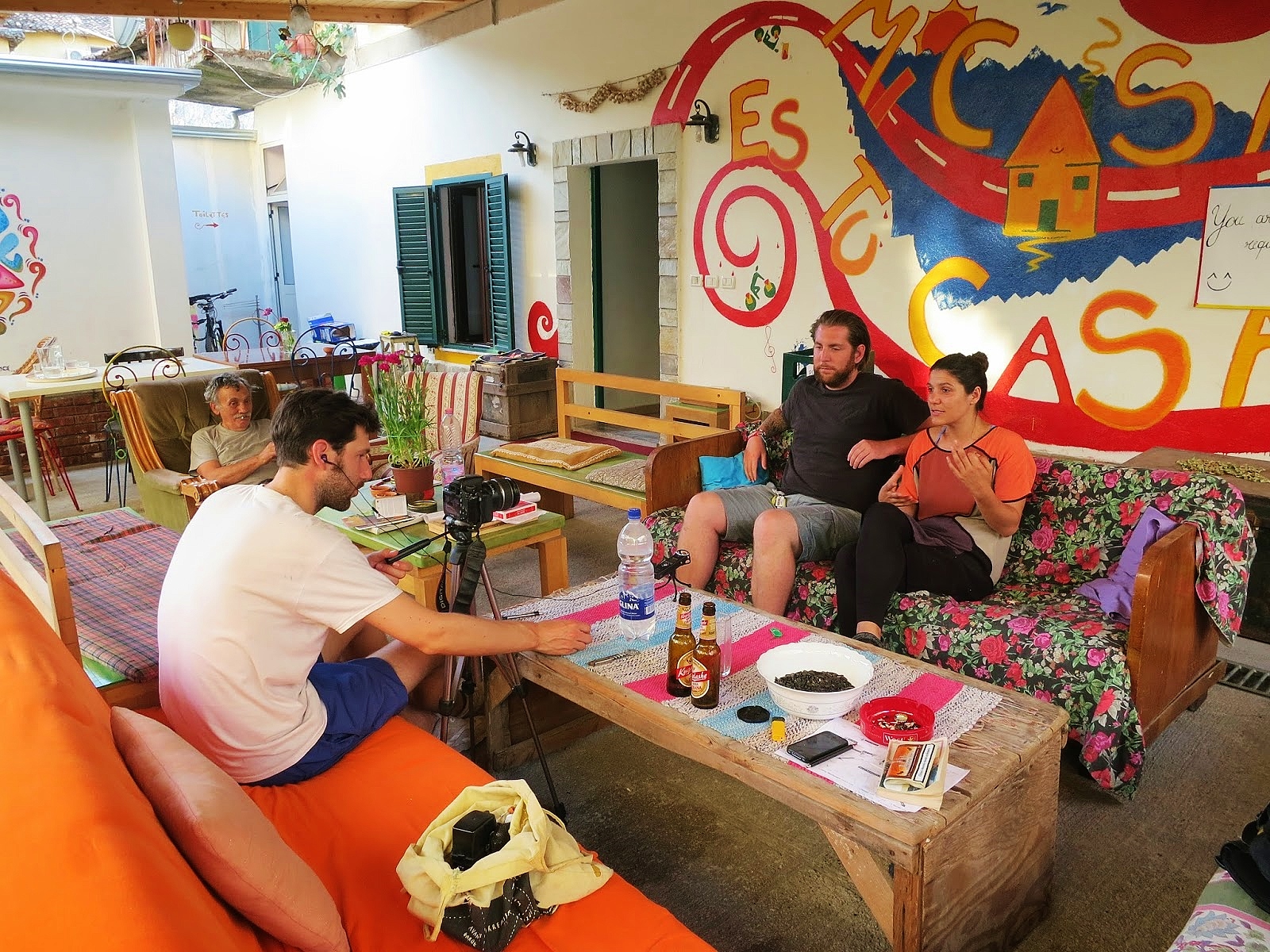 Hanging out with the crew of Mi Casa Es Tu Casa hostel in Shkoder, Albania

Shkoder had performed well on camera, and had provided for us amply. We turned in for the night with revived spirits and renewed enthusiasm for our trip and our project.