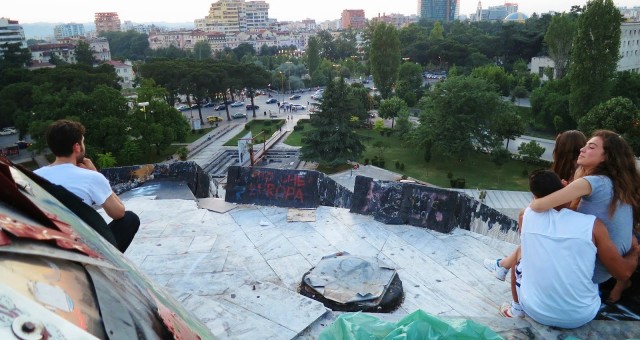 We spent our Shkoder morning in the Faculty of Economics talking to Dr. Arjeta Troshani about tourism, economic growth and cycling in Albania. Her unique expertise meshes perfectly with our project, adding depth to our explanation of the underlying factors that play into every aspect of our trip. We were very grateful to have the opportunity to meet with her on such short notice, and we’ll certainly touch base with her in the future, both for this and subsequent productions.

Since our days were limited, we elected to take a bus to Tirana rather than biking. While the web told us that it was a do-able 90-km trip, we wanted to maximize our time in the Albanian capital to really get a feeling for this fascinating metropolis that, up to now, we’d only read about in blog posts and intriguing articles like this one (check out #33 on the list). 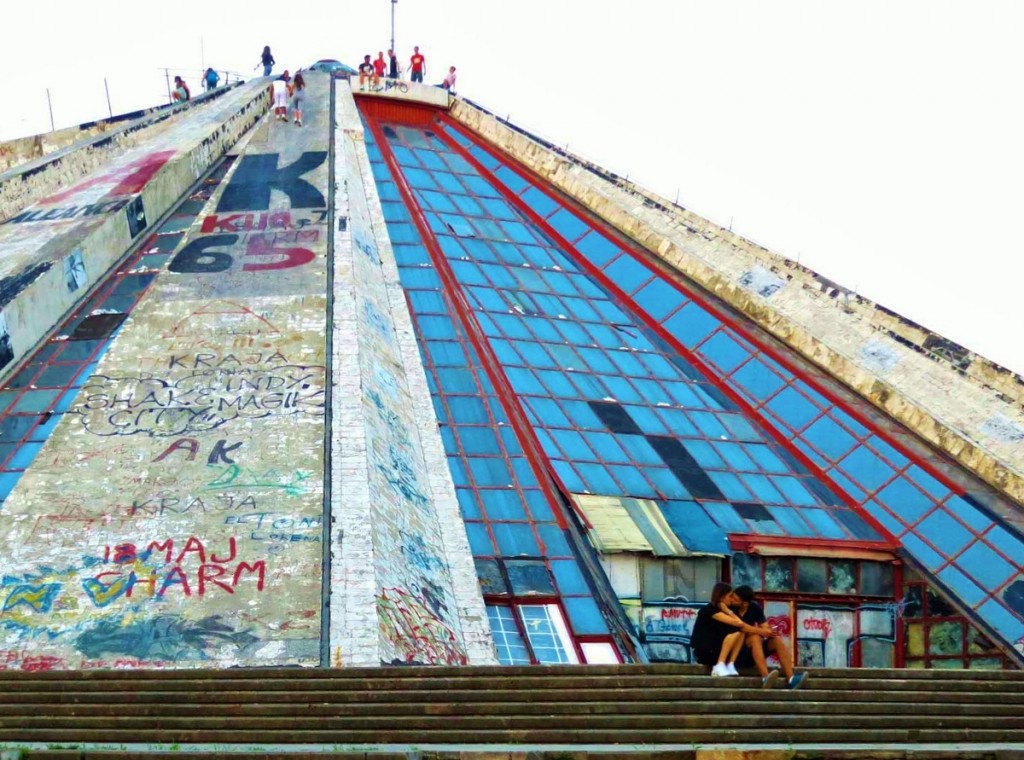 The Pyramid of Tirana

Fortunately, our friend from Shkoder, Zhujeta, owns a hostel in Tirana, so we already had our accommodation lined up. There, at Hostel Milingona, we met another American volunteer, Kevin, who had just arrived in the city three days earlier, as well as a small crew of enthusiastic travelers who were eager to share stories and Korças on the hostel’s third-floor veranda. We relaxed for the first evening and explored the city, then spent the following day zipping through crowded streets on our bicycles to meet with local NGOs, seeing the sites, and interviewing the gang back at the hostel while a summer storm rumbled in the background.

Once again, Tirana proved to be a surprisingly bike-friendly city. Despite dense traffic, chaotic intersections and ubiquitous city buses, drivers here seem much more aware of cyclists than they are in American cities, or other European cities—even those with more established cycling infrastructure. Tirana even holds a central “Bike Bazaar,” where dozens of seasoned cycle mechanics buy, sell and flip used bicycles. The long avenue leading from the center, Rruga Qemel Stafa, is littered with spare tires, sprockets, frames and puddles of grease. If I wanted to buy a bike in the Balkans, this would be the place to score a sweet machine at a bargain price. 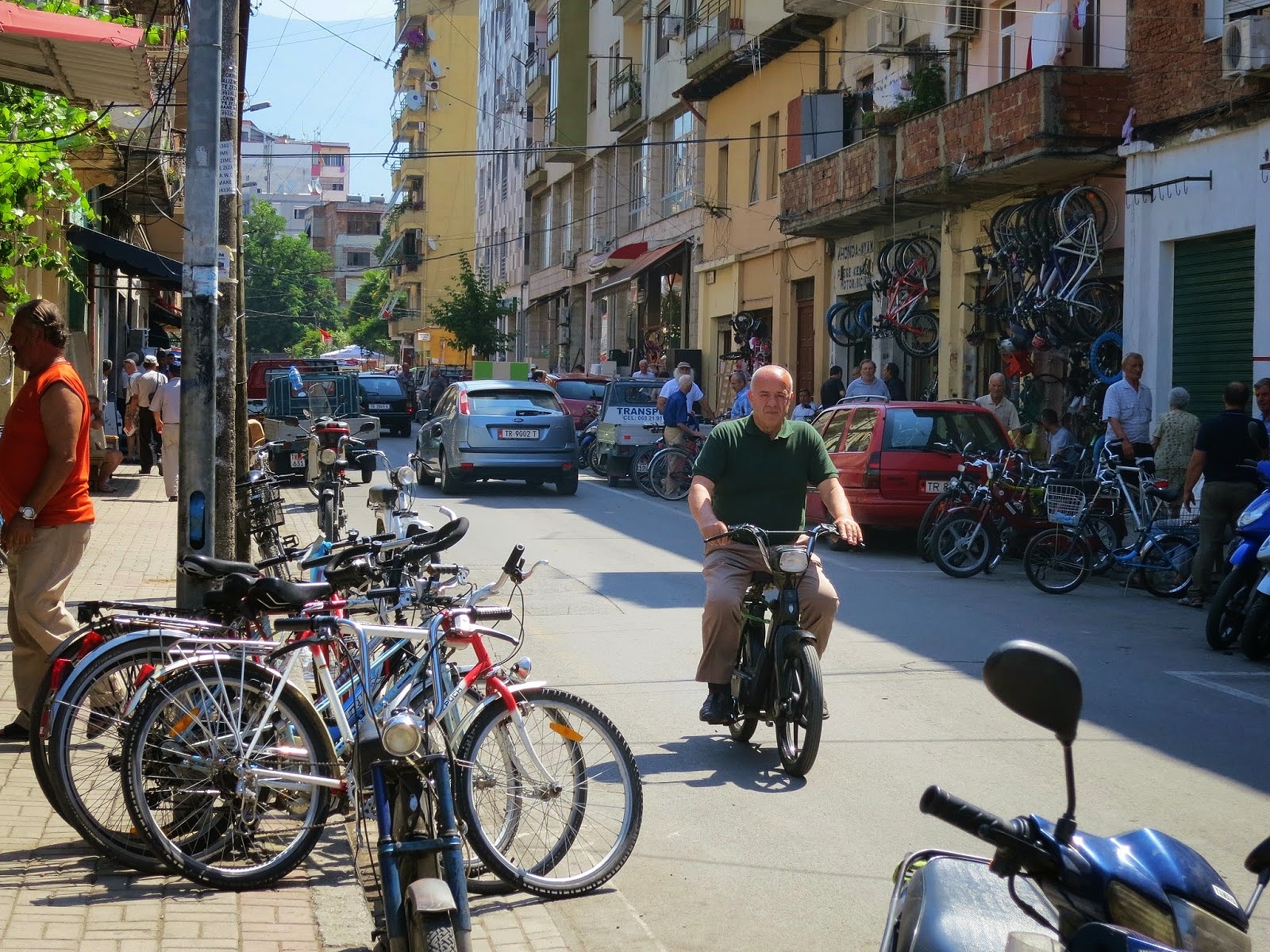 Bikes galore at the “Bike Bazaar” in central Tirana 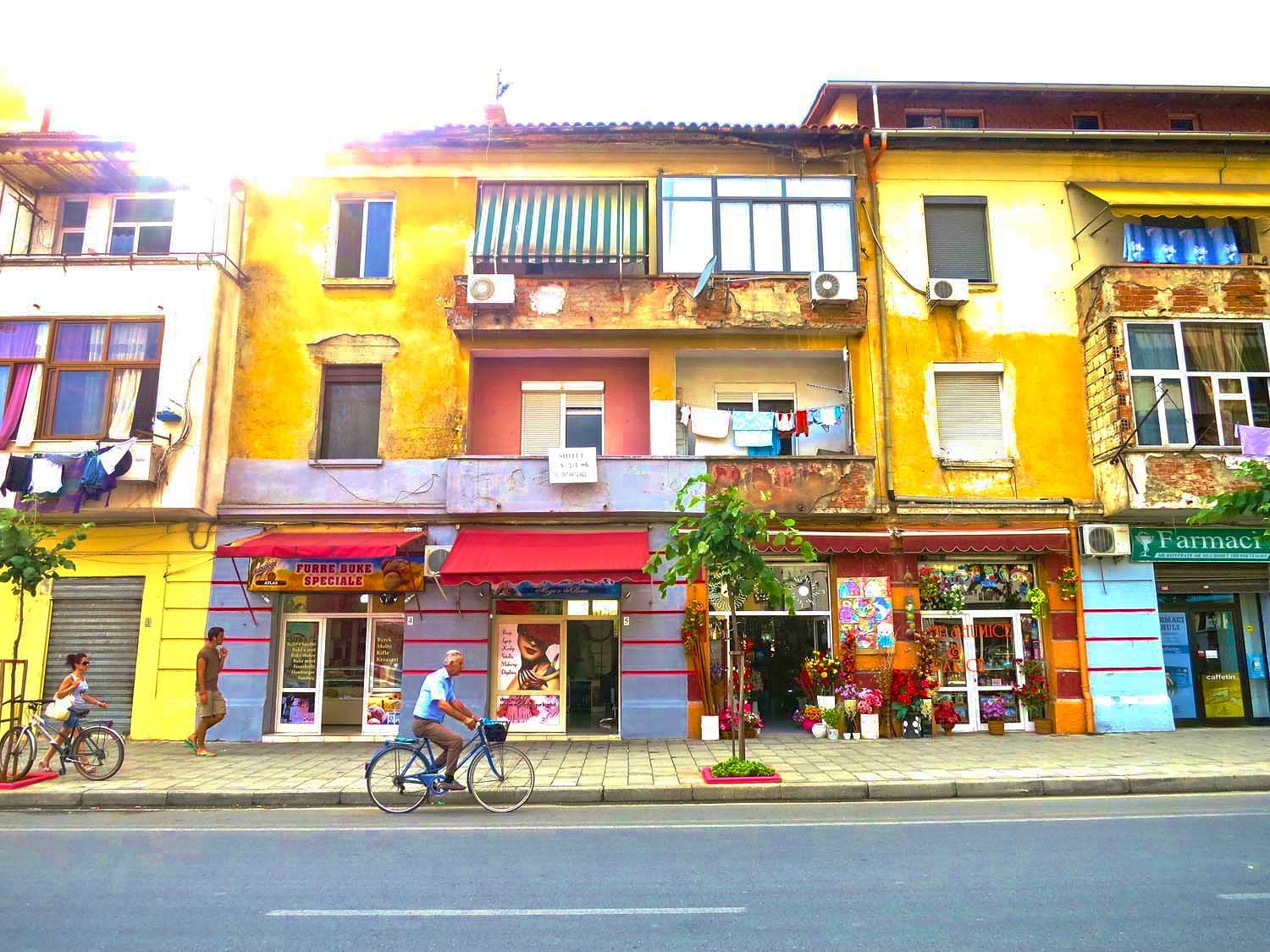 After another successful stopover, we’ll leave Tirana with insightful interviews, amazing footage of the city and its sights, and bellies full of delicious qebapa (aka cebap, cevapi, qofte, kebab). We plan to head back to the Albanian coast tomorrow morning via Durres, Albania’s second-largest city and a major port for ferries to Italy and Adriatic cruises.